The dorsal root reflex (DRR) and the axonal reflex (AR) are antidromic activities in primary afferents and are involved in neurogenic inflammation. DRRs and/or ARs lead to release of neuropeptides calcitonin gene-related peptide (CGRP) and substance P (SP). CGRP causes blood vessels to dilate leading to an increase in blood perfusion, whereas SP causes plasma extravasation, leading to edema. Both DRR and AR can be evoked by noxious stimuli. The goal of this study was to determine the role of DRR and AR in neurogenic inflammation by examining the blood perfusion (BP) change in hindpaws in response to formalin injection (an acute inflammatory agent). Laser Doppler images were collected simultaneously in both hindpaws in anesthetized rats to determine the level of BP. Local lidocaine was applied to the left sciatic nerve to block both orthodromic signals and antidromic DRRs without affecting ARs. All rats then received a subcutaneous formalin injection to the left hindpaw. Our results showed that (1) the mean BP of the left paw increased significantly following formalin injection, with or without lidocaine; (2) application of lidocaine in the left sciatic nerve alone significantly increased BP ipsilaterally; (3) formalin injection following lidocaine application significantly increased BP more than the group without lidocaine; and (4) there was delayed significant BP increase in the right (contralateral) hindpaw following formalin injection with or without lidocaine. It is concluded that ARs play a more important role than DRRs in formalin-induced neurogenic inflammation 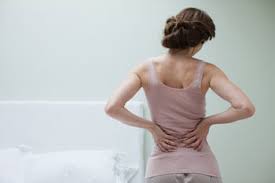