The optimal treatment strategy for ossification of the posterior longitudinal ligament (OPLL) depends on symptoms and is uncertain. Whether the risk of spinal cord injury (SCI) is increased in patients with cervical spinal stenosis or myelopathy caused by OPLL remains unclear. This study aimed to evaluate the risk of SCI in patients with OPLL of the cervical spine when managed with conservative treatment (no surgery). Study subjects were identified from a nationwide cohort of 26,544,883 people from 1998 to 2005 and were divided into the OPLL group (n=265), who were hospitalized for OPLL but had conservative treatment (no surgery), and the comparison group (n=5339), composed of age- and sex-matched people. Until the end of 2008, a total of 5604 subjects were followed-up for 34,723.5 person-years. The propensity score method was used to adjust for covariates. Kaplan-Meier and Cox regression analyses were performed. The incidence rate of cervical SCI in the OPLL group was found to be significantly higher than in the comparison group (4.81 versus 0.18 per 1000 person-years; p<0.001). Cervical SCI was more likely to happen in the OPLL group than in the comparison group (crude hazard ratio [HR] 25.64; p<0.001). After adjustments, the OPLL group had a 32.16-fold (p<0.001) higher risk for cervical SCI. Disability caused by SCI had an even higher risk (HR=110.72, adjusted HR=104.78; p<0.001) for the OPLL group. Therefore, cervical SCI and related disabilities are more likely to happen in OPLL patients, who should be cautioned for subsequent SCI if treated conservatively Keywords : Adult,Age Factors,Aged,Arthritis,Rheumatoid,Cohort Studies,Comorbidity,complications,Databases,Factual,Diabetes Complications,Diabetes Mellitus,epidemiology,Female,Humans,Hypertension,Incidence,injuries,International Classification of Diseases,Longitudinal Ligaments,Male,Middle Aged,Ossification of Posterior Longitudinal Ligament,Osteoarthritis,Osteoporosis,pathology,Patients,pharmacology,Proportional Hazards Models,Retrospective Studies,Risk,Sex Factors,Spinal Cord,Spinal Cord Injuries,Spinal Stenosis,Spine,surgery,Taiwan,therapy,Treatment Outcome,Universities,, Treated,Ossification,Posterior,Longitudinal, mri scans waterloo 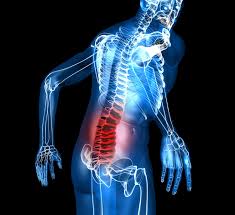