Abstract
Canine mesenchymal stem cells (cMSCs) derived from umbilical cord blood represent a potentially useful source of stem cells for therapy. The aim of this study was to compare the effects of different transplantation times of cMSCs after spinal cord injury (SCI). A total of 21 dogs were subjected to SCI by balloon-induced compression of the first lumbar vertebrae for 12 h. Of the 21 dogs, 12 were divided into four groups of three according to the time of stem cell (1 × 10(6)) transplantation at the injury site: control no treatment, 12 h, 1 week, and 2 weeks. The remaining 9 animals were negative harvest (HA) time controls for each treatment group (n = 3). Olby and Tarlov scores were used to evaluate functional recovery of the hindlimbs. Markers for neuronal regeneration (Tuj-1, nestin, MAP2, and NF-M), astrogliosis (GALC, GFAP, and pSTAT3), signal molecules for actin cytoskeleton (RhoA, Cdc42, and Rac1), inflammation (COX-2), and neurotrophins (NT-3) were evaluated by Western blot analysis. Scores of the 1-week transplantation group showed significant improvement compared to controls. Hematoxylin and eosin (H&E) staining revealed less fibrosis at the injury site in the 1-week transplantation group compared to other groups and immunohistochemistry showed increased expression of neuronal markers. Furthermore, in both 1-week and 2-week transplantation groups, Tuj-1, nestin, MAP2, NF-M, NT-3, and GFAP increased, but pSTAT3, GALC, and COX2 decreased. RhoA decreased and Rac1 and Cdc42 increased in the 1-week transplantation group. In conclusion, transplantation of cMSCs 1 week after SCI was more effective in improving clinical signs and neuronal regeneration and reducing fibrosis formation compared to the other transplantation times evaluated. Subsequently, these data may contribute to the optimization of timing for MSC transplantation used as a therapeutic modality. 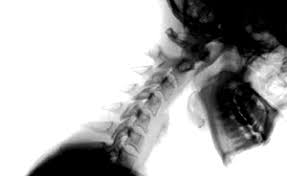