STUDY DESIGN: An anatomic study of anterior cervical dissection of 11 embalmed cadavers. OBJECTIVE: To determine the anatomic relationship of the recurrent laryngeal nerve (RLN) to the cervical spine and demonstrate vulnerability of the nerve during anterior surgical approach. SUMMARY OF BACKGROUND DATA: The most common complications of anterior neck surgery are dysphagia and RLN palsy. The morbidity of these complications has led to the investigation of the impact of sidedness in anterior cervical spine surgery. METHODS: Eleven adult cadavers (5 male/6 female) were dissected bilaterally to expose the path of the recurrent laryngeal nerve. RESULTS: The right RLN branched from the vagus nerve at the level of T1-T2 or inferior in all specimens. After looping around the subclavian artery, the right RLN became invested in the tracheoesophageal fascia greater than 0.5 cm inferior to C7-T1 in all specimens. The RLN traveled superiorly, slightly anterior to the tracheoesophageal groove, before coursing between the trachea and the thyroid. In 82% (9 of 11) of right-sided dissections, the RLN entered the larynx at or inferior to C6-C7. After looping around the aortic arch, the left RLN was invested in the tracheoesophageal fascia inferior to the T2 level in 100% (10 of 10) of cadavers. The nerve traveled slightly anterior to the tracheoesophageal groove and within the tracheoesophageal fascia before coursing between the trachea and thyroid. In all the left-sided dissections, the RLN entered the larynx at or inferior to C6-C7. CONCLUSION: This study found that superior to C7-T1, both RLNs had similar anatomic courses and received similar protection via surrounding soft-tissue structures. From an anatomic perspective, the authors did not appreciate a side-to-side difference superior to this level that could place either nerve under greater risk for injury 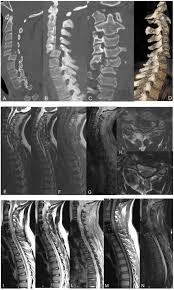