OBJECTIVE: To evaluate and compare the efficacy and clinical results of cervical expansive open door laminoplasty (EOLP) with different hinge position. METHODS: From February 2006 to February 2007, a total of 102 cases with cervical spondylotic myelopathy were assessed in this randomized controlled trial. Fifty-seven patients underwent EOLP with the hinge located at the inner margin of the lateral mass classified as wide-open group. Forty-five cases who underwent EOLP with the hinge positioned at the lamina margin served as narrow-open group. The clinical results and radiological examinations of both groups were evaluated 24 months after surgery. RESULTS: There were no significant differences in operation time, bleeding quantity and recovery rate of Japanese Orthopaedic Association (JOA) scores. The incidence of C(5) palsy and severity of axial symptoms in the wide-open group were significantly lower than those in the narrow-open group (P < 0.05). There were no significant differences in cervical curvature index and range of motion between the two groups. CONCLUSIONS: Well-suited and appropriated inwardly shift the hinge could promote clinical outcomes after EOLP, especially decrease the incidence of the C(5) palsy and the severity of axial symptom, but it is contraindication for patients with ossification of posterior longitudinal ligament, ossification of ligament flavum and fluorosis cervical stenosis Keywords : Aged,Cervical Vertebrae,China,complications,Decompression,Surgical,Female,Follow-Up Studies,Humans,Incidence,Male,methods,Middle Aged,Motion,Ossification of Posterior Longitudinal Ligament,Patients,Spinal Osteophytosis,Spinal Stenosis,surgery,Time,Treatment Outcome,, Validity,Hinge,Position, tenscare machine

What is Cauda Equina Syndrome ?
The use of platelet gel in postero-lateral fusion: preliminary results in a series of 14 cases
[A case of laryngopharyngeal edema after a spinal tumor resection in prone position with extensive n...
Accuracy and reproducibility of a retrospective outcome assessement for lumbar spinal stenosis surge...
Clinical validity of hinge position to expansive semi open-door laminoplasty | Piriformis syndrome surgery 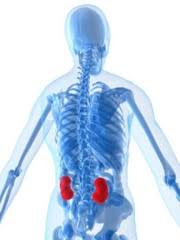