STUDY DESIGN: The authors monitored a father and his six children, all of whom had idiopathic scoliosis for more than 13 years. OBJECTIVE: To analyze the similarities and differences in curve pattern between the family members. SUMMARY OF BACKGROUND DATA: The etiology and pathogenesis of idiopathic scoliosis are not well understood. Genetic factors play an important role, as is shown by the high concordance in monozygotic twins. METHODS: Radiographs from all family members were analyzed. Location and direction of the curve, Cobb angle, location of the apex, and rib-vertebra angle difference were compared. RESULTS: A father and his six children had idiopathic scoliosis. The curves differed within the family and changed during follow-up. The father had a left convex thoracic scoliosis of 42 degrees. Only three of the children had a curve of similar severity, and only four children had a left convex thoracic scoliosis. In three children the curve pattern changed during follow-up. CONCLUSIONS: This report of idiopathic scoliosis in a father and six children supports the present theories on a genetic origin of the disorder but also stresses the importance of dynamic processes in the development of scoliosis 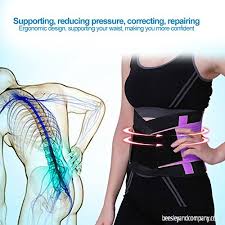