Cervical transforaminal epidural steroid injection for the management of cervical radiculopathy: a comparative study of particulate versus non-particulate steroids

OBJECTIVE: To determine if a particulate steroid which has a risk for embolic infarct would be more effective than a non-particulate steroid for transforaminal epidural steroid injection (TFESI). The purpose of this study was (1) to compare the effect of cervical TFESI using particulate (e.g., triamcinolone) and non-particulate (e.g., dexamethasone) steroids and (2) to evaluate the effectiveness of cervical TFESI in general. MATERIALS AND METHODS: From January 2006 to August 2008, 159 consecutive patients [male:female (M:F) 89:70; mean age 53 years, range 33-75 years] who underwent cervical TFESI were included in this non-randomized study. For cervical TFESI, triamcinolone was injected into 97 patients and dexamethasone into 62 patients. Short-term follow-up was conducted within 1 month. The outcome was classified as effective or ineffective. Fisher’s exact test was used to analyze the difference of outcome according to the injected steroid (triamcinolone vs dexamethasone). Other possible outcome predictors, such as age, gender, duration of radiculopathy, predominant symptom, attack of radiculopathy, cause of radiculopathy, number of nerve root compression levels, previous operation, and failure of previous interlaminar epidural injection, were also analyzed. RESULTS: Cervical TFESI using triamcinolone (78/97, 80.4%) was slightly more effective than that using dexamethasone (43/62, 69.4%), which was not significant (P = 0.129). In general, cervical TFESIs were effective in 121 of 159 patients (76.1%) at short-term follow-up. The only significant outcome predictor was whether the patient had had a previous operation (6/13, 46/2%) or not (115/146, 78.8%) (P = 0.015). CONCLUSION: There was no significant difference between particulate or non-particulate steroid for the effect of cervical TFESI. Cervical TFESI was effective in managing cervical radiculopathy in general 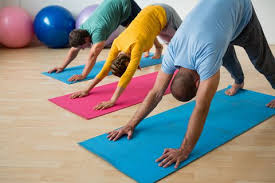