The London Spine Unit : most advanced spinal hospital in London

Method: Eighty-two patients that underwent two-level CDA or ACDF in 2014-2019 were identified. Cervical alignment parameters were compared between the two cohorts. Subgroup analyses were performed to determine factors that differentiate alignment outcomes between the two procedures.

The London Spine Unit : most advanced spinal hospital in London 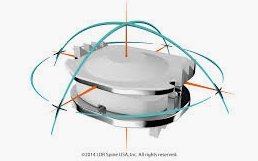