Methods: in cold preserved spines, with ligaments and discs intact, and no muscles, L3-L4, L4-L5, and L5-S1 nucleus implantation was done. Differences between customized and overdimensioned implants were compared. Flexion, extension, lateral bending, and torsion were measured in the intact spine, nucleotomy, and nucleus implantation specimens. Increasing load or bending moment was applied four times at 2, 4, 6, and 8 Nm, twice in increasing mode and twice in decreasing mode. Spine motion was recorded using stereophotogrammetry. Expulsion tests: cyclic compression of 50-550 N for 50,000 cycles, increasing the load until there was extreme flexion, implant extrusion, or anatomical structure collapse. Subsidence tests were done by increasing the compression to 6000 N load.

Results: nucleotomy increased the disc mobility, which remained unchanged for the adjacent upper level but increased for the lower adjacent one, particularly in lateral bending and torsion. Nucleus implantation, compared to nucleotomy, reduced disc mobility except in flexion-extension and torsion, but intact mobility was no longer recovered, with no effect on upper or lower adjacent segments. The overdimensioned implant, compared to the customized implant, provided equal or sometimes higher mobility. Lamina, facet joint, and annulus removal during nucleotomy caused more damaged than that restored by nucleus implantation. No implant extrusion was observed under compression loads of 925-1068 N as anatomical structures collapsed before. No subsidence or vertebral body fractures were observed under compression loads of 6697.8-6812.3 N. 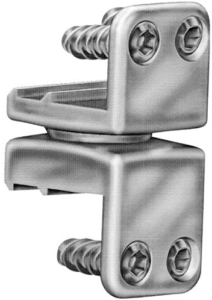 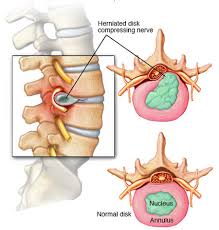