BACKGROUND: Anterior decompression and fusion (ADF) has conventionally been used, with stable outcomes, for cervical myelopathy caused by soft disc herniation. However, complications related to bone grafting and recurrence of myelopathy due to adjacent segment degeneration are its drawbacks. The efficacy of laminoplasty as an alternative has been sporadically reported, but no prospective study has been conducted to verify it. The purpose of this study was to determine whether laminoplasty is comparable for this condition. METHODS: Patients with cervical myelopathy caused by soft disc herniation whose preoperative disease period was less than 1 year were studied. The first 30 patients and the next 30 patients were treated by ADF and laminoplasty, respectively. All patients were given the same postoperative management. The outcomes were compared between the ADF and the laminoplasty groups consisting of 25 patients each who completed a follow-up examination 1 year after surgery. RESULTS: The two groups were found statistically matched regarding age at surgery, sex, disc level of herniation, anteroposterior diameter of the spinal canal, preoperative severity of myelopathy, cervical lordosis angle, and cervical range of motion (ROM). There was no statistically significant difference in the postoperative severity or recovery rate of myelopathy between the two groups. The amount of blood loss during surgery was significantly less in the laminoplasty group. Donor site pain and neck pain was minimal in all patients. Cervical lordosis angle and ROM were diminished postoperatively without a significant difference between the two groups. CONCLUSIONS: There was no critical difference between the ADF and laminoplasty groups with regard to neurological recovery and other surgery-related factors 1 year after surgery. Laminoplasty can be employed for cervical myelopathy caused by soft disc herniation in particular combined with multilevel spinal canal stenosis to avoid secondary myelopathy 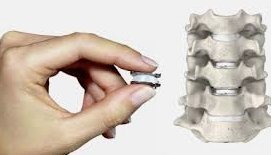