Anomaly with no right ventral root at the seventh cervical segment in humans: gross anatomical and neuroanatomical study

The cadaver of an 89-year-old woman who had died of cerebral apoplexy and which was dedicated to anatomy practice for medical students at Kumamoto University, was found to have complete lack of the right ventral root of the seventh cervical segment (C7). Observation of the peripheral spinal nerve indicated that the branch, which appeared to be a descending collateral of the ventral root of C6, became confluent with the dorsal root of C7 at the point just distal to the dorsal root ganglion. Following this confluence, new fiber elements ran out of the intervertebral foramen as the seventh cervical nerve. More peripherally, this fiber bundle joined the brachial plexus, its outward appearance was normal in the manner of ramification and each nerve’s supply to muscles. Additionally, the inside view of the spinal cord of C6, C7 and C8 was examined neuroanatomically. Nissl staining of transverse sections at C7 (block 2) showed that motor neurons existed in the right anterior horn and their histological features were normal. Subsequently, horizontal sections were made from the two blocks, each of which contained C6/C7 (block 1) or C7/C8 (block 3), and were treated dually with Nissl and myelin staining. These sections also had a normal picture of cells and myelinated fibers on the right side as compared with those on the left side. The results suggested that motor neurons of the right C7 had a normal supply to the targets, although the trajectory of their axons in the spinal cord was obscure 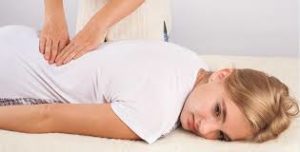