A proposed grading system of brain and spinal cavernomas

BACKGROUND: Most cavernomas in the central nervous system are characterized by a benign natural course. Progressive symptoms warrant surgical removal. In the literature, the factors affecting long-term postoperative outcome are not statistically well confirmed. OBJECTIVE: To perform a multifactorial analysis of risk factors on a large patient series and to use the results to propose a simple grading scale to predict outcome. METHODS: We studied 303 consecutive patients with cavernomas treated surgically at our department from 1980 to 2009. Follow-up assessment was performed on average 5.7 years postoperatively (range, 0.2-36 years). The main outcome measure was the patients’ condition at the last follow-up on Glasgow Outcome Scale. For statistical analysis, the outcome measure was dichotomized to favorable (Glasgow Outcome Scale 5) and unfavorable (Glasgow Outcome Scale 1-4). Binary logistic regression analysis was used to estimate the effect of age, sex, seizures, preexisting neurological deficits, hemorrhage, and size and location of cavernoma on long-term outcome. RESULTS: Infratentorial, basal ganglia, or spinal location and preexisting neurological deficit were the only independent risk factors for unfavorable outcome, with relative risks of 2.7 (P = .008) and 3.2 (P = .002), respectively. We formulated a grading system based on a score of 1 to 3. When applied to our series, the proposed grading system strongly correlated with outcome (P < .001, Pearson chi test). The risk for long-term unfavorable outcome was 13%, 22%, and 55% for grades 1 through 3, respectively. CONCLUSION: The proposed grading system showed a convincing correlation with postoperative outcome in surgically treated cavernoma patients Keywords : Adolescent,Adult,Aged,Aged,80 and over,analysis,Basal Ganglia,Brain,Brain Neoplasms,Central Nervous System,Child,Child,Preschool,classification,Female,Glasgow Outcome Scale,Hemangioma,Cavernous,Central Nervous System,Hemorrhage,Humans,Infant,Male,methods,Middle Aged,Neoplasm Grading,Nervous System,Neurosurgery,pathology,Patients,Regression Analysis,Risk,Risk Factors,Seizures,Spinal Cord Neoplasms,surgery,Treatment Outcome,Universities,Young Adult,, Proposed,Grading,System,Brain, how much do cortisone injections cost uk 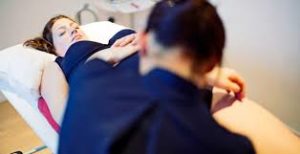