Heat-activated ion channels from the vanilloid-type TRP group (TRPV1-4) seem to be central for heat-sensitivity of nociceptive sensory neurons. Displaying a high-threshold (> 52 degrees C) for activation, TRPV2 was proposed to act as a sensor for intense noxious heat in mammalian sensory neurons. However, although TRPV2 is expressed in a distinct population of thinly myelinated primary afferents, a widespread expression in a variety of neuronal and non-neuronal tissues suggests a more diverse physiological role of TRPV2. In its role as a heat-sensor, TRPV2 has not been thoroughly characterized in terms of biophysical and pharmacological properties. In the present study, we demonstrate that the features of heterologously expressed rat TRPV2 closely resemble those of high-threshold heat-evoked currents in medium- and large-sized capsaicin-insensitive rat dorsal root ganglion (DRG) neurons. Both in TRPV2-expressing human embryonic kidney (HEK)293t cells and in DRGs, high-threshold heat-currents were sensitized by repeated activation and by the TRPV1-3 agonist, 2-aminoethoxydiphenyl borate (2-APB). In addition to a previously described block by ruthenium red, we identified the trivalent cations, lanthanum (La(3+)) and gadolinium (Gd(3+)) as potent blockers of TRPV2. Thus, we present a new pharmacological tool to distinguish between heat responses of TRPV2 and the closely related capsaicin-receptor, TRPV1, which is strongly sensitized by trivalent cations. We demonstrate that self-sensitization of heat-evoked currents through TRPV2 does not require extracellular calcium and that TRPV2 can be activated in cell-free membrane patches in the outside-out configuration. Taken together our results provide new evidence for a role of TRPV2 in mediating high-threshold heat responses in a subpopulation of mammalian sensory neurons 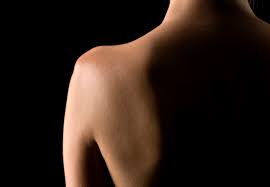